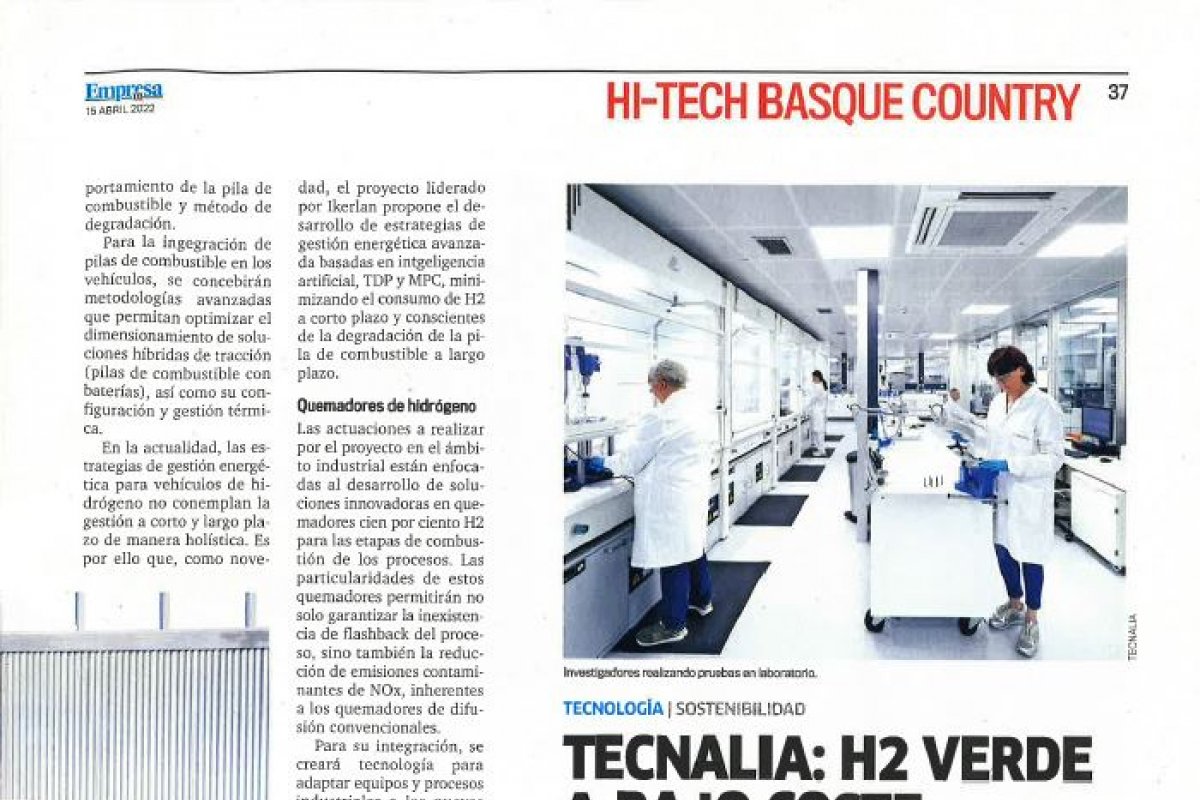 The article "Tecnalia: green H2 at a low cost" described the three technologies to generate hydrogen that are addressed in the H2BASQUE project

The Tecnalia technology centre is leading the development of three gorund-breaking technologies for generating green hydrogen within the framework of the H2Basque project, in tandem with a consortium made up of Tubacex Innovación, the Cidetec and Tekniker technology centres, CIC energiGUNE, the Universit of the Basque Country (UPV/EHU), Petronor Innovación, and the Basque Energy Cluster.

Sources within the consortium admit that this is an ambitious goal. It will involve the design of key components for the AEM and PEM electrolysis technologies, with the ultimate aim being to reduce the costs f the hydrogen produced and the use of critical materials, as well as improving the performance of the hydrogen production process. It will require the design and creation of three viable thermochemical cycles for generating hydrogen within the lowest possible temperature range (< 500ºC), while at the same time investigating their integration in industrial psocesses, which is one of the project´s core aims.

Petronor Innovación will be responsible for marshalling the industrial integration of the three prototypes for generating green hydrogen, which means it will be working with other projects and end business users in several sectors, such as refining, mobility, and steelmaking.

Besides coordinating the project, Tecnalia is taking part in the development of components for AEM and PEM electrolysis, while Cidetec is involved in the design of the components for PEM electrolysis, together with Tubacex Innovación and Tekniker - two entities that are in turn working on the development of thermochemical cycles with CIC energiGUNE and the UPV/EHU university.