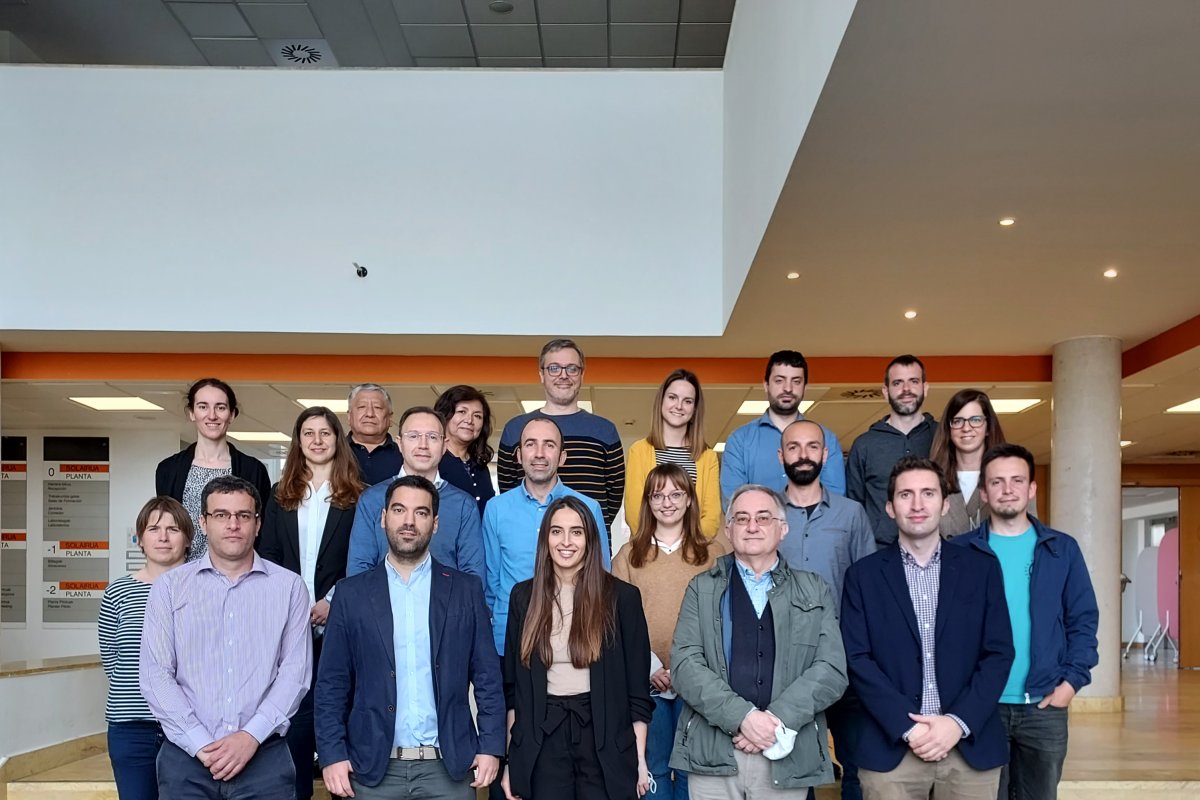 On April 12, the representatives of the H2BASQUE consortium met for the first time face to face to discuss the progress on the development of the three hydrogen production technologies that are being carried out in the project.

On Tuesday, April 12, the 3rd meeting of the H2BASQUE project was held at the TECNALIA Research & Innovation facilities in San Sebastian. During the meeting, representatives of TECNALIA, TUBACEX, CIDETEC, TEKNIKER, CIC ENERGIGUNE, UPV/EHU, PETRONOR, TECNALIA and the ENERGY CLUSTER ASSOCIATION presented the progress being made in the development of the three hydrogen production technologies. It was the first meeting that the participants attended a progress meeting phisically, since the previous ones were held virtually due to the epidemiological situation of COVID-19.

In parallel to the meeting, the representatives of the companies had recording sessions for the video of the project that will be released soon.